Curious Cannabis Tales is a series of personal remembrances about my life’s experiences with cannabis. There have been highs (get it?), lows, and everything in between. Remember, they say that cannabis wrecks short term memory … but long-term memory may actually be enhanced…if only by a lifetime of tales like these! Cheers & enjoy.

Ah, marriage. Sometimes you have to wonder how stoners do it. On the one hand, it’s all about peace and love in the community, so of course marriage is a natural component of that. On the other hand, though…sometimes stoners like to put that green ahead of everything, even love, family, marriage. Like any part of life, it can be tricky to find the right balance.

I guess stoners just like balancing acts, and the trickier, the better…just smoke ’em if you got em and the rest will fall into place. If it doesn’t…you just get to smoke again anyways!

So it was for me, the 15 years ago I met my wife. I had no job at the time (during the fallout of the financial crisis of 2008), and hardly any money … yet life was really interesting and fun in lots of other ways. I moved from Alaska to Oregon to be with her, my pal, and right away I knew she was the one I would marry and one of the most special people I would ever meet. I also got to reunite in Oregon with another close old friend – we became roommates again, as we had in college – and had lots of good times in our very early 30s. We explored Portland, the biggest city I’d really spent any time in, hitting lots of concerts, lots of bars, and spending lots of time lost in Powell’s City of Books. We evened it all out with plenty of time hitting the coast and staring at the Pacific Ocean as well – my joint or pipe never far as I took in those beautiful sites with my friends and my lady by my side. Life felt balanced, calm, and peaceful – even if the only money I had was from writing book reviews online for not much more than peanuts.

It felt so good, we went ahead and got married, dear reader.

Flash-forward to our honeymoon, taken a few months after our January wedding. We scooped together a few bucks and headed for Maui, Hawaii. A honeymoon in paradise!

We, ya know, did the stuff that had us our first baby less than a year after our wedding day, too.

Looking back, it was surely one of the greatest weeks of my life. But also, that balance-seeking stoner in me knew that one thing was missing:

I wanted to get high in HI!

Of course, we’d flown from Oregon to Hawaii, so I’d not brought any pot with me (sorry, I’m not daring enough to bring cannabis on a plane with me, like Britney Griner or those girls on the first season of The White Lotus). This was before recreational marijuana became legal in Oregon … and Hawaii still hasn’t gotten the memo on legalization either (that surprises me!). So there I was, at the peak of my relationship with my girl, but reaching that low that daily users know comes at the end of several days without partaking. Just not quite feeling myself … feeling like something was missing as the lazy days ticked off our honeymoon calendar: April 17, April 18, April 19…it looked like for the national holiday known as 4/20, I would be with my wife but without my Mary Jane.

Rio? What? I’m getting ahead of myself. Hold on.

Maui has a lot of cool beaches. This is one thing you can do when you’re on Maui – obviously – is check out all the beaches. There are the amazing sand and surf beaches on the west side of the island, but there are some pretty unique beaches scattered around the island, too. We visited the black rock beach near Ka’anapali which was pretty cool, with its big rock blowholes spurting water – but we heard too, about a very secretive “red beach” that was also up the road to Hana, that we had to check out.

On 4/20, with visions of the movie “The Beach” with Leo DiCaprio in my head, we went out to find the red beach.

Find it we did! It wasn’t terribly hard to find really – I didn’t have to run from armed guards like Leo did in the movies – as I remember it, we just had to park a ways off, hike back through a church (or was it school?) yard, and right there was the beginning of an easy-enough path high up on rocky bluffs with great views of the ocean. The path went on, then veered to the left … and as you came around the corner of the rocks, you saw this gorgeous red sand below, and an idyllic swimming hole in the ocean that was protected from heavy waves by three or four gigantic rock outcroppings that stood, guardian-like, in the ocean some hundred yards from the shore.

The view from above was breath-taking! We wound the increasingly narrow and slightly-scary path down to the beach, hugging the rocks as we went down. It was so beautiful that no level of fright would have turned us around at that point.

We found a spot on the beach, set our blanket out, and relaxed. Did all the typical things – swam in the water, explored those protective ocean-rocks, laid out in the sun. And people-watching, of course! Nothing unusual there…

Except this was our first Maui experience of a clothing-optional beach, so our people-watching was a bit different that day. You’d look, but not look … you’d make eye contact to say hi, but you’d want to also say with your eyes “but I’m not looking at that!” (Can you tell I use cannabis to get away from my social anxiety???)

We were looking, and not looking…when I finally saw her. She was nude. And she was lighting one up.

Her name is Rio and she dances on the sandJust like that river twisting through a dusty landAnd when she shines, she really shows you all she canOh Rio, Rio dance across the Rio Grande

Rio! Wow, such a memory to write about now. What can I say about my first impressions of this lady? She was gorgeous…I don’t think I’m making that up. She was an older woman, maybe 45 or 50 at that time…but beautiful. Short brown hair, a deep tan (brown skin on a red beach), long, lithe, and strong. Totally nude before my eyes (“when she shines, she shows you all she can” – indeed!).  Just lovely then, and in my memory now.

And she was lighting up! She was with a group of three or four friends, not ‘partying’, but enjoying the beach and calmly having a toke. 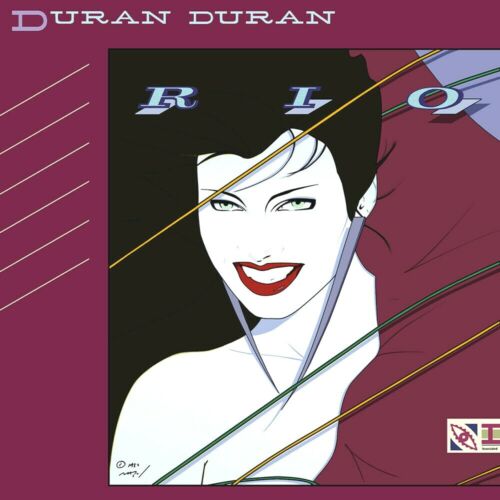 The Duran Duran Rio album cover. Honestly, she did look a little like this.

I conferred with my wife. We both agreed: it was 4/20, and I had to go over there and say hi and join their circle.

So I did! I joined this clothing optional group on this gorgeous red sand beach on my honeymoon. They invited me into their circle, and gave me their names as I gave them ours. Of course I’ve forgotten all those other names but “Rio” certainly stuck with me.

We passed the joint around the circle a couple times after I joined. Of course after a week off, I only needed a couple puffs to feel great. We chatted, talked about our ‘real’ lives (I believe Rio said she worked with computers, as did I), and we remarked on the secluded beach and its amazing qualities. And that was it! And then I went back to my wife’s side, and smiled that goofy “I just got high” smile that she knows too well … and we looked out at the ocean together, not having a clue about all the things that would come our way in marriage, in life, in parenting, in the decade-plus that’s followed.

I’ve always been a Duran Duran fan – but obviously their song “Rio” means so much more to me than it did before. Nowadays, it makes me think of this absolute goddess of a woman who met me on 4/20 on an island far away from my home, bringing along with her my favorite substance, and freely sharing it with me and others around, the same was she was sharing her birthday suit with nature that day – all as intended, I have no doubt. Marriage and parenting and business and all kinds of joys and sorrows awaited me in the future at home, but I’m so thankful to have that memory of Rio on the beach that day, as something to fall back on and cherish. I’m thankful it’s a memory to share with my wife – and now you, dear reader – too.

Curiously, in the years since, warnings in Maui guidebooks have indicated that the slightly-scary path down to the red sand beach has eroded away somewhat,  making it a lot harder to access. I can’t decide if that’s a good thing for my memory of that day – is it more exclusive; did I experience something that’s not so available anymore – or bad, as others don’t get to share this experience as readily now. However, I can tell you this: in my mind, Rio is still there, still dancing on the sand as Duran Duran says, still ready to give fellow travelers a taste of the sweetest sinsemilla they will taste, maybe on 4/20 or their honeymoon or some other high holy day of their lives.

Thanks be to Rio!

I’m Soulful Steve.  I’m a writer, IT professional, and daily user of cannabis for relief and wellness. Soulful Cannabis is where I share knowledge, product info, and occasional tall tales with those of you out there considered cannabis curious!  Now that I’m getting older, I’m leaning into CBD products to keep my quality of life and take the edge off daily stress. Come explore the amazing cannabis plant with me! 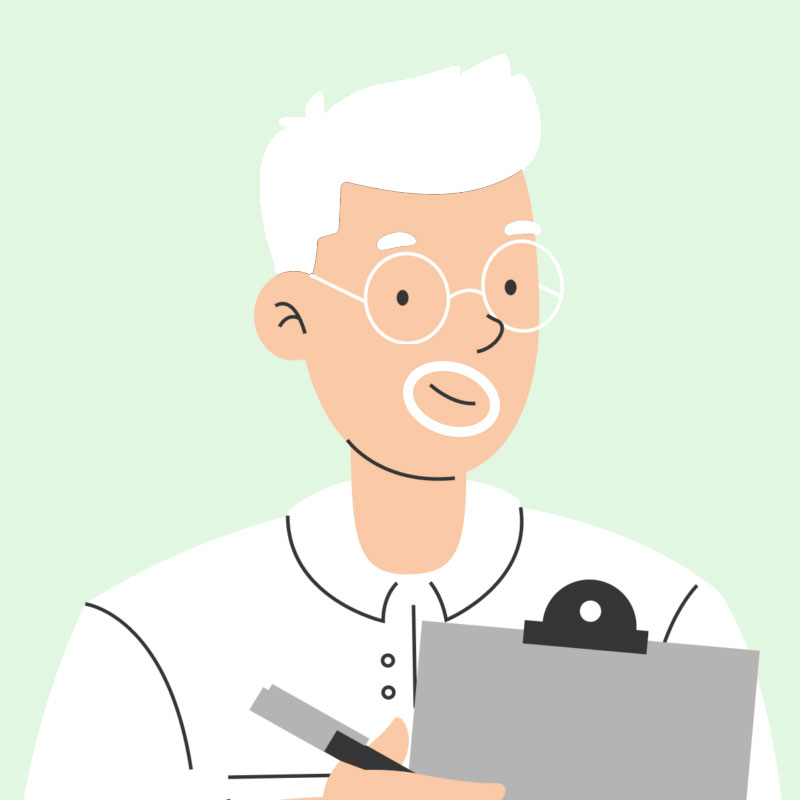 I’m Soulful Steve.  I'm a writer, IT professional, and daily user of cannabis for relief and wellness. Soulful Cannabis is where I share knowledge, product info, and occasional tall tales with those of you out there considered cannabis curious!  Now that I’m getting older, I’m leaning into CBD products to keep my quality of life and take the edge off daily stress. Come explore the amazing cannabis plant with me! 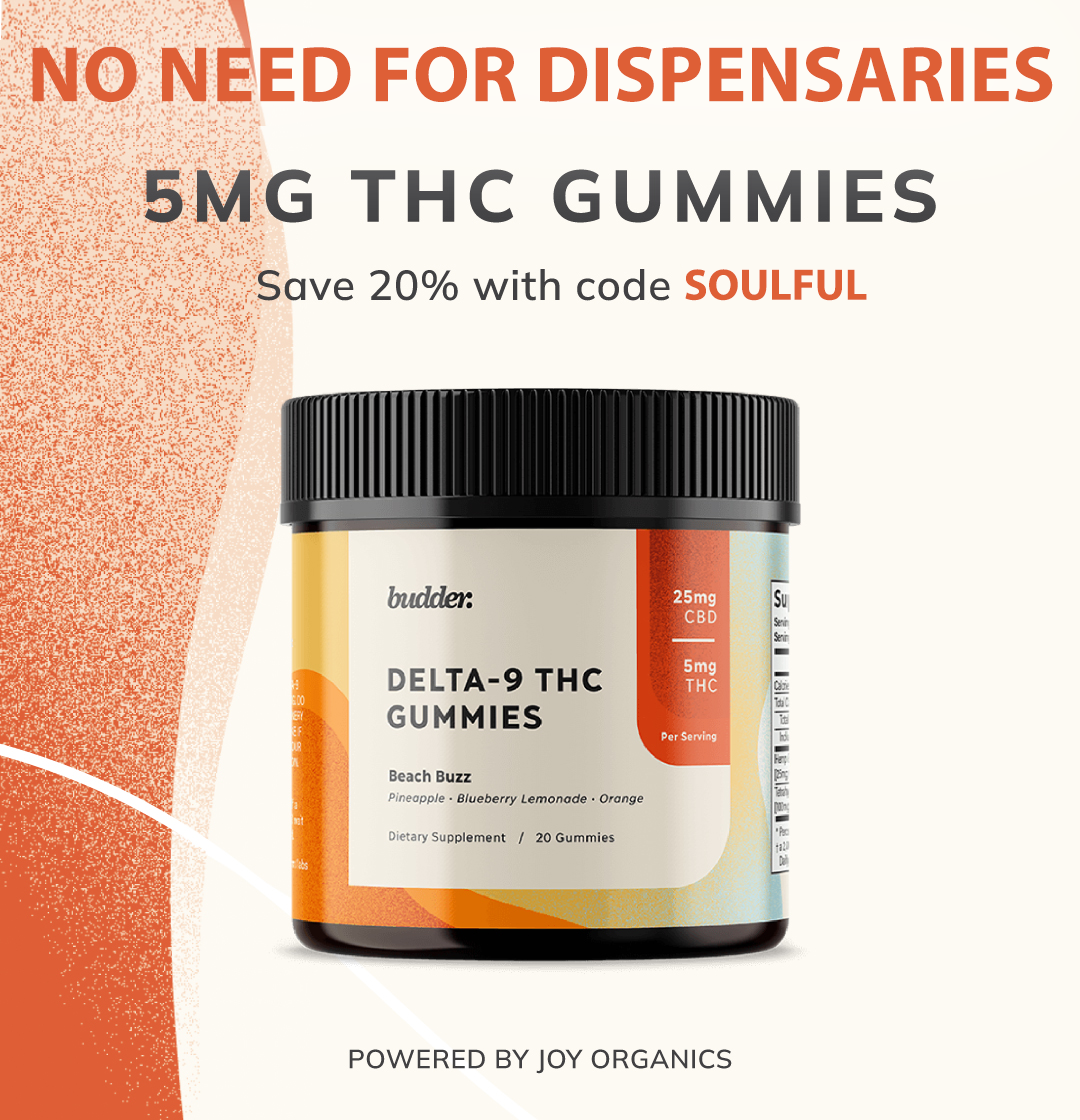